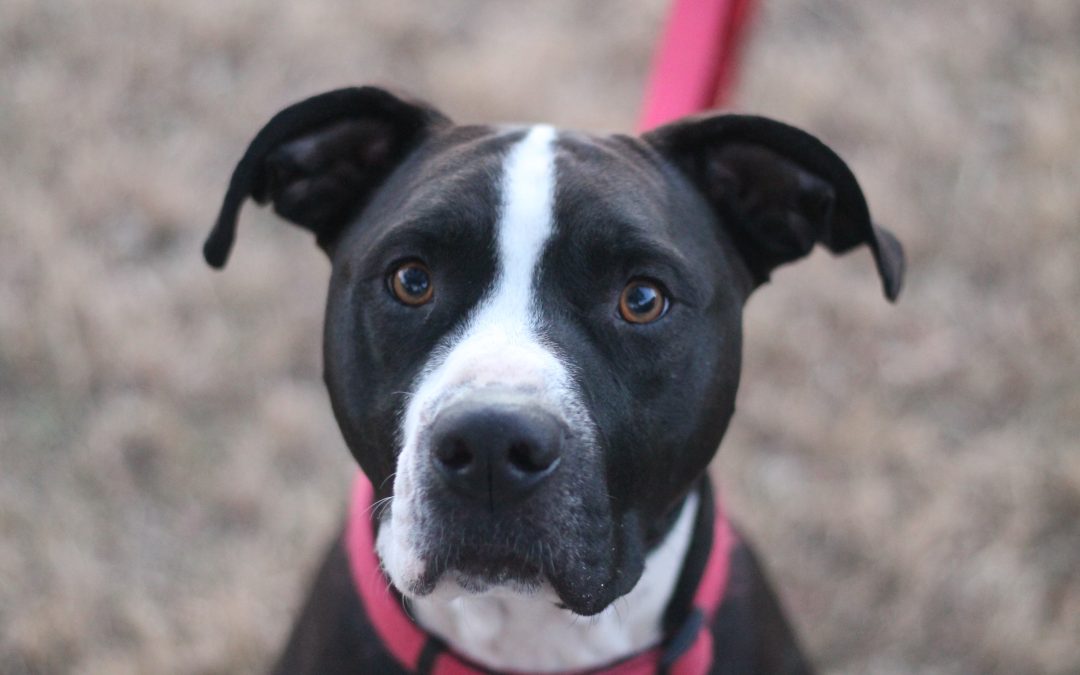 Jack Jack was rescued from ACS after being picked up as a stray.

Jack Jack has the heart and body of a pittie with the nose and ears of a hound dog; his sniffer is POWERFUL and he hears the treat jar opening from down the hall! Every woman’s dream, Jack is a sucker for snuggles, loves to dance, and he’ll tickle your earlobes when you bring him in for a big hug. Sometimes we call him Happy Feet, because when he gets excited he’s a 60lb penguin, prancing and stomping around looking for love. And if that wasn’t cute enough, he makes these grumbles that can only be described as ‘dad noises’. For example, if you move while he’s asleep cuddling you, he’ll make this groaning sound to let you know he’s comfortable and you should go back to sleep, too. As much as he loves the snugs, Jack is a great walking or running buddy, and he would thrive in an active household, or one with another large dog for a playmate. He never potties in the house, he’ll sleep in your bed or in his crate all night long, and he waits so patiently for food and treats! When it comes to other dogs, Jack Jack can be dog selective and does best with slow introductions. He’s not fond of small dogs, which we are positive can be corrected with continued training, but he does great with his three foster sisters that are the same size as him! Once trust is established in the home, he’s a VERY playful and snuggly pup. He’s also done great with just about every adult he’s met, and teenagers, too. However, he is fearful of small children so a home with older kids, or without children, would be ideal. Jack Jack isn’t just a gorgeous boy, he’s also super smart, and he responds well to authority and consistency, so while he loves his foster momma’s snuggles, he is a daddy’s boy for SURE! 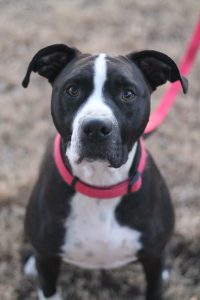