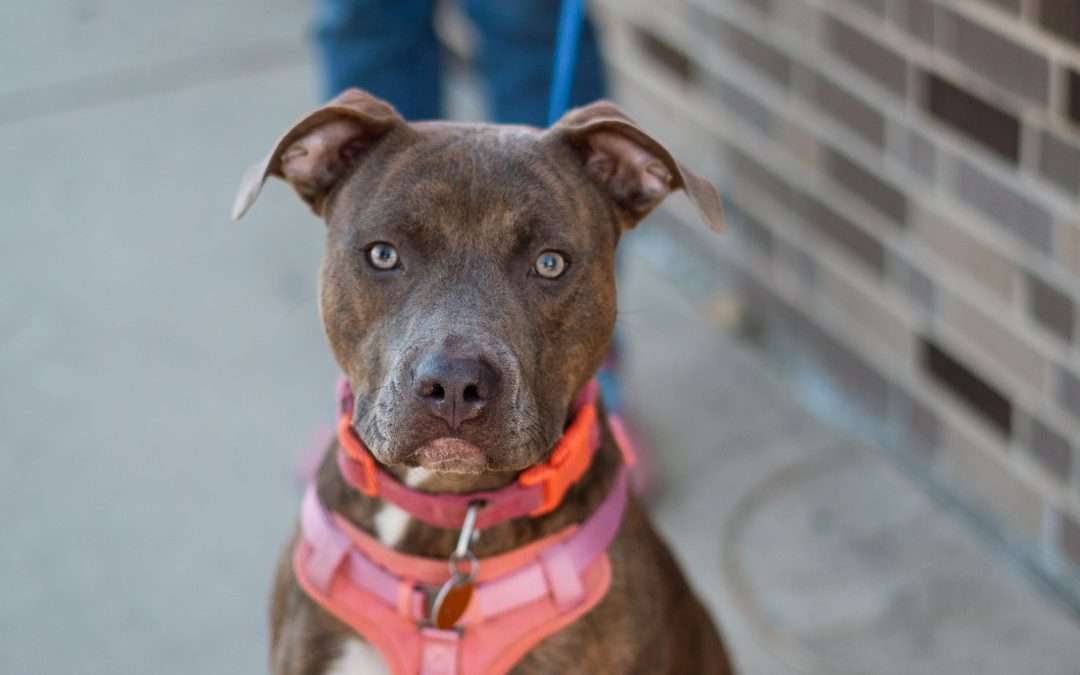 Phoebe was found wandering a Walgreens parking lot, looking lost and scared.  She was about 7mos old and there had been a big storm the night before.  Her foster mom wasted exactly zero seconds before scooping her up and bringing her home to warmth and safety, and they began the process of recovering from her scary time spent on the street.

Fast forward to now and Phoebe is the happiest, sweetest, goofiest, girl, who literally loves everyone, including her foster mom’s other dog (poodle mix) and cats – even the hissy ones! Phoebe’s foster mom volunteers at a wildlife rescue and is happy to report that Phoebe also loves reindeer, horses, parrots, and kangaroos – but she is scared of sloths, so keep that in mind.

Phoebe loves walks and is learning not to pull or wander, and she’s super comfy in her very own crate. She can be calm and quiet, and even though she had a rough start, she is curious and eager to try new things.  She is a perfect gentle dog in the car, and she recently got an “A+” on her temperament report card from her daycare teachers. She is well-behaved but has a giant “on” switch for play, and at 60 pounds and clumsy, she needs supervision – particularly around other pets and/or small humans. Phoebe loves showing off her smarts by learning new commands, but of all the things you should know about Phoebe, the absolute most important thing is that she LOVES playing with other big dogs. She respects the ones who don’t want to play, but the ones who do …  GAME ON!!! She also loves running imaginary laps around whatever space is available – the bigger the better! She was named after a TV character who has a goofy run, but she should’ve been named after a champion racehorse! Phoebe is happy in her foster home, and her foster mom loves her like crazy, but she knows that Phoebe would truly live her BEST life in a home with another playful dog (or 2) and lots, (and lots, and lots,) of room to run. She’s the sweetest girl, and we can’t wait to meet the lucky people who get to add her to their family! 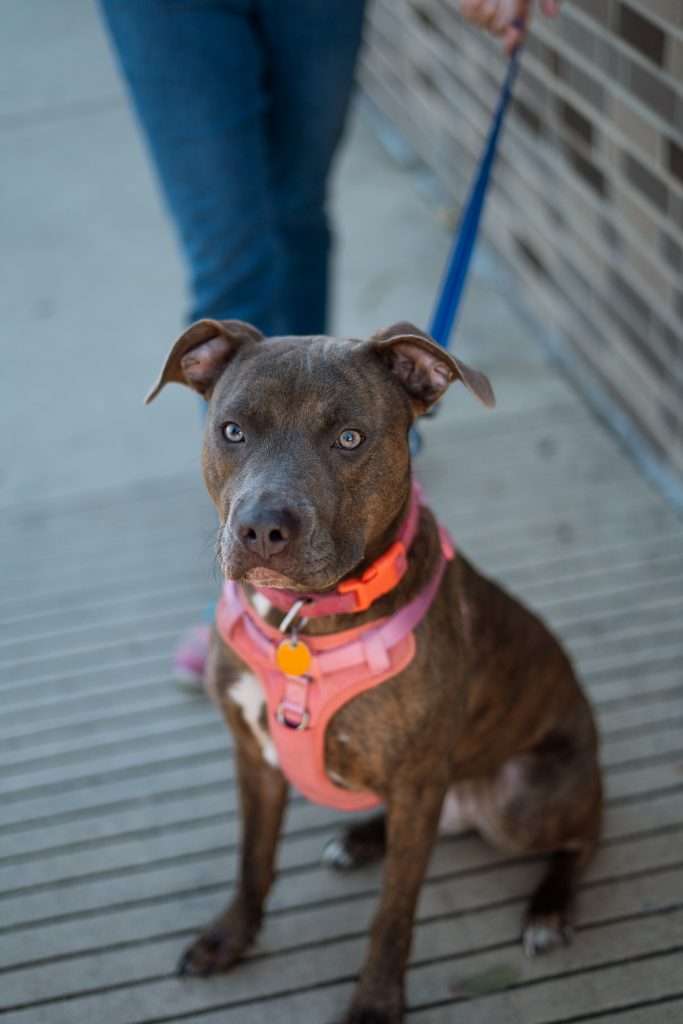