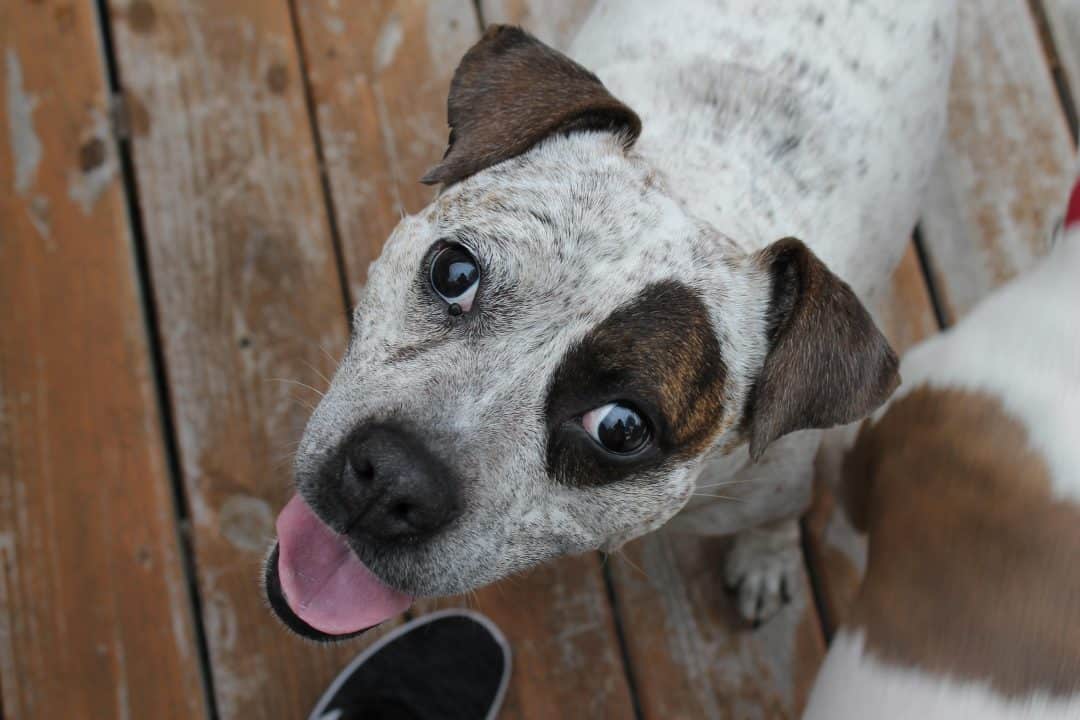 Gigi was abandoned at a shelter in Charlotte, North Carolina in early 2018. Her fosters moved to San Antonio and refused to leave her behind as her previous owners had done and the rest is history. She’s now searching for her very own fur-ever family!

Gigi is a quirky, super-affectionate cattle dog staffy mix, who wants nothing more than to give you all her love and to receive all of yours in return. She is supposedly around 9 years old, but you’d never know it by her energy levels and willingness to adventure.  Just bring out a ball or the water hose and her excitement puts puppies to shame!  Although she hasn’t quite grasped the concept of fetch, she’s fully mastered the concept of sneak-thievery and keep-away once she’s claimed her prize. She’s gotten along with every dog she’s met (or lived with!), both large and small, mostly by sniffing them once and then happily marching back off to the beat of her own drum, but she never turns down human love… unless she’s in a new environment where sniffing all the things takes top priority, naturally.  She grumbles/grunts a lot (which I LOVE), and she gets excited when it’s food time… she prances and dances and spins in circles, ready to eat. She’s the best sleeper, she gets comfy and doesn’t move all night, and she’s also an excellent substitute for a home alarm system. She is kennel/crate trained; very relaxed and calm when confined in one, but her most favorite place to be is anywhere you are. She just wants to be loved and petted, and she deserves the best home we can find for her. 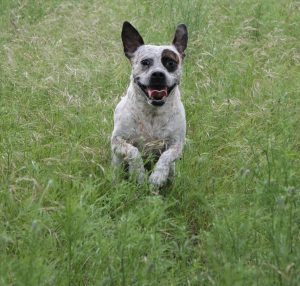